The Last Summer of Reason

Exactly 20 years ago today, Algerian secularist writer and journalist Tahar Djaout was assassinated. He was an outspoken critic of Islamists and a proponent of secularism.

Today, the danger of those who would stifle freedom of conscience and freedom of speech is still very much apparent. People who dare to dissent, to voice their disagreement and use their pen as a weapon in the war of ideas are often in danger, their lives and their freedoms under threat. Let us never forget those who died because they wouldn't let threats stop them from speaking. Let us always remember those who wouldn't let darkness overshadow their light of reason. Let us keep the memory alive of those who bravely fought with the pen, even when the ink was their own blood. 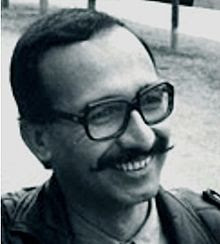 I took the liberty of translating an excerpt from Tahar Djaout's book "The Last Summer of Reason". It was published after his death.


"He could easily have managed to lead a peaceful existence in this life, and, who knows, maybe also in the next. The warmth of the herd gives one safety, reinforces certainty and arms one against the iron hold of doubt. The herd shows you the way: it offers the illusion of the right path which leads you to paradise in a loud and uncivilized manner. The sheep which distances itself from the herd instantaneously becomes scabby. It is flooded with snarls and growls, with images of damnation, the rhetoric of curses which dogma mobilizes to punish intelligence and to distract from her questions.

The present brings with it much sadness. Piety has become the norm for greatness. Faith: a gravel desert with a fading face. He wanders between that desert of faith and the paradise of the books. The books, his old friends, filled with the invigorating power of dreams and intelligence together!

Now, at this moment, they have burned all his books in a cleansing fire. They recognize the danger of the words, all the words they can never tame or extinguish."

May he rest in peace.