I recently came across this video of an interview with former British Prime Minister Margaret Thatcher. In the context of the interview, guests are apparently asked to do something out of the ordinary, namely to jump up in the air. When the interviewer asks Thatcher to do this, she refuses and says the following: "I see no significance whatsoever of making a jump up in the air, I made great leaps forward, not little jumps in studios."

Now, this video might be viewed as humorous by some, but what struck me in the quote I mentioned above is the simple wisdom contained in it. Thatcher contrasts jumping up and down with moving forward, in both cases there is movement, both are dynamic expressions but only one involves actual change in position.

This got me thinking about the Arab World and the aftermath of the uprisings that swept through the region in the course of the past two years. I wrote before about the mistake of insisting on a united revolutionary front which deludes the meaning of the revolution for the different groups and individuals who participated in it for different reasons and with different goals in sight. A lot of what has been happening by insisting on something which isn't possible in reality like that artificial unity is that people have been protesting, getting their hopes up and trying in vain, they have been jumping up and down. They are active, they feel they are doing something when in reality they haven't moved forward a bit.

In reality not much has changed in Egypt, in fact, things have gotten worse on many levels, and I think the problem is that so much energy and so much potential go to waste by insisting on using the same methods which have proven ineffective so many times in the past. It might be more exciting to jump up, to feel the euphoria of being detached from the ground, from reality, for just a little while. But when you come down again after jumping, you find you are still in the same place and the energy you used making that jump will have gone to waste.

Instead, it might be worth considering trying different methods to move forward, even if the steps are small and the process is slow. It might not be as invigorating, but it is most probably more consistent and will, in the long run, yield better results.

The interviewer, trying to convince Thatcher to do what even Gorbachev did, told Thatcher that her jumping up and down might be a chance to show people that she is actually doing something, not just talking. Thatcher answers saying that she wouldn't jump in a studio during an interview to please an audience, but is intent upon gaining and preserving their respect for her by working on the ground. There are different kinds of actions, some more appealing to those who seek entertainment and excitement, others less visible but perhaps much more valuable and lasting. We have been criticizing the political elite in Egypt, we see them daily on television, but when we look in reality they are nowhere to be found and their influence nowhere to be felt. It might be useful to reflect upon Thatcher's response when put in the situation she was put in.

In between those lessons we learned, those we are learning right now and those we will soon forget, one thing is clear. Regardless of the revolution, regardless of the Supreme Council of the Armed Forces and the Muslim Brotherhood, there is one task we who claim to fight for liberty are entrusted with. A movement needs to flood the public sphere with ideas that have thus far been hidden, buried under the failing political rhetoric of an outdated, uninspired and most importantly, uninspiring political elite. What we need is a fully-fledged wave that will leave nothing standing in the same way, through which the light will reach spheres which had known nothing but immobile darkness. 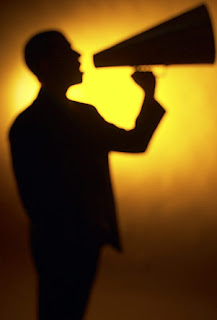 What we need is a liberal and secular movement in the Arab World. A movement which knows no boundaries, a movement that is non-sectarian. A movement much bigger than political parties, of which we have many now, names devoid of content and effect. What we need is a cultural, philosophical, social, economic and religious movement, one that is seen and felt in every town, in every village. A movement with no grandiose leaders, but passionate advocates in all corners of our region. A current that challenges the status quo without being in conflict with society itself. One that springs forth from within the heart of every community, one that grows from the pains of the reality of everyday life but which offers a completely new kind of medicine.

A movement made up of entrepreneurs, leaders young and old. Those who dare, those who can inspire. Those who have decided to let their ways be guided by the ever-shining light of human reason, and, if they so choose, an all-encompassing divine love. Those brave enough to take on bigotry head on, brave enough to shock, opening up discussions which many a tongue dared not touch. Creative, inventive souls, using whatever media they can get their hands on, looking to change their communities, their surroundings and eventually the world. We need creation instead of the constant imitations and limitations which we place on ourselves. A movement which wins the trust of those people who have known nothing but big promises with no one to keep them, disappointment after disappointment.

We no longer need the empty slogans, their time has passed. This must be bigger than politics, not to be confined in dusty old televisions in sitting rooms. We need well-versed, educated and committed people who will debate, challenge instead of blaming their failures on the other whoever it may be. To preach unalienable, God-given rights in face of those who preach slavery to a state speaking in His name. To know history, to know we are right, to believe our cause is just, our cause is worth the struggle and the fight. The awareness that we may only be planting seeds the fruits of which we will not see, but which could eventually spread in society the way fire spreads in a dried up forest. Because dried up it is, morally bankrupt and intellectually weak, it needs renewal. Not destruction for the sake of destruction, but weeding out that which is useless to make place for better things, for greater things. And one day, after the all-consuming fire eats away the old, green could appear again, it will be strong and resilient, aiming for the blue sky. And we may not live to see those seeds turn into something big, but we must know that it is our effort today that will make that even remotely possible in the future.

Those who have taken up masks on the political theatre, can keep them on. The curtains will soon close and the stage will be set for those who don't wear masks, who don't look down upon their societies unless to see their own feet on the ground, firmly connected to the land and its traditions and its history. Fully aware of who they are, not looking at things from a bird's eye perspective, but looking in the mirror, seeing themselves among others. Not those who go against the values for the sake of being different, no, those who dare change them, in themselves, in their own reflection above all else.

So far, we have only talked about events, about people, about theories of outlandish conspiracies. What we haven't talked about are ideas. Ideas, more powerful than anything, ideas which penetrate even hard surfaces, which will speak to that part in all of us which has for long been subjected to deafening silence. Bigger than a revolution and bigger than politics, what is needed is in each of us, a belief in a sacred freedom, a sacred right which belongs within our minds before it manifests itself in our surroundings. An idea. What we need... is to bravely proclaim the idea.
Follow @SaraLabib Tweet Email ThisBlogThis!Share to TwitterShare to Facebook
Posted by Sara Labib 0 comments